XFUN Arcade, the latest project of the FUN Token ecosystem, is growing by the day. The project will launch soon with no less than four branded games on the platform. All four were developed with the help of SkillGaming, and they are so captivating that you won’t blink an eye while playing.

The four games are called Chop Chop FUNky, FUNky Run, Sticky FUNky, and Jumpy FUNky. In addition, we’re sharing a few details about them. Learn how they are played and what are the stories behind them.

How many logs can you chop off? Try the Chop Chop FUNky and cut the tree from the bottom to the top. Help FUNky get the needed supplies for rebuilding his empire and repel the evil attacks.

The game is played by cutting as much wood as possible while avoiding the branches on both sides. Doing this is simple; you should just press the arrows on your keyboard or tap the screen on your smartphone for the side of the log you want to be next.

Although this seems simple enough, there’s the time factor. You only have a limited time to go to the next swing with the ax. As you progress and you’re successful, the time frame will become shorter, only to reach a time limit nearly impossible to fit in.

Don’t worry; by the time you get run over by the time, you’ll most certainly get smashed by some of the branches, as your eyes and fingers can’t be as fast as needed. Or can they?

FUNky runs through this endless course on which obstacles become worse as you go through it. The action happens in deep space, so expect to encounter unknown and strange obstacles. 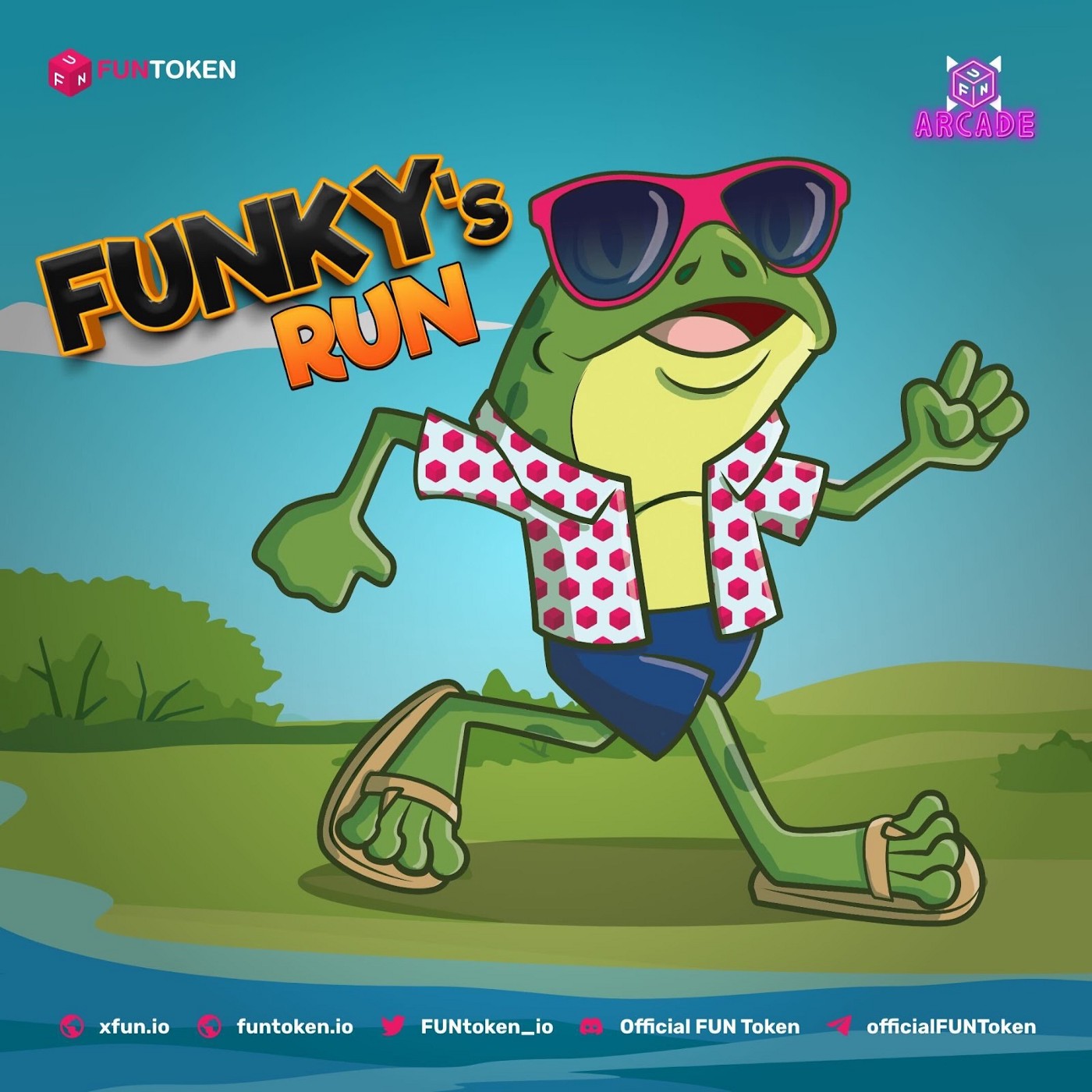 A space lab in which evil scientists create new life forms had an accident. Now, many odd creatures wander around the area and are a potential threat to everyone. Can you catch them before they make a mess? 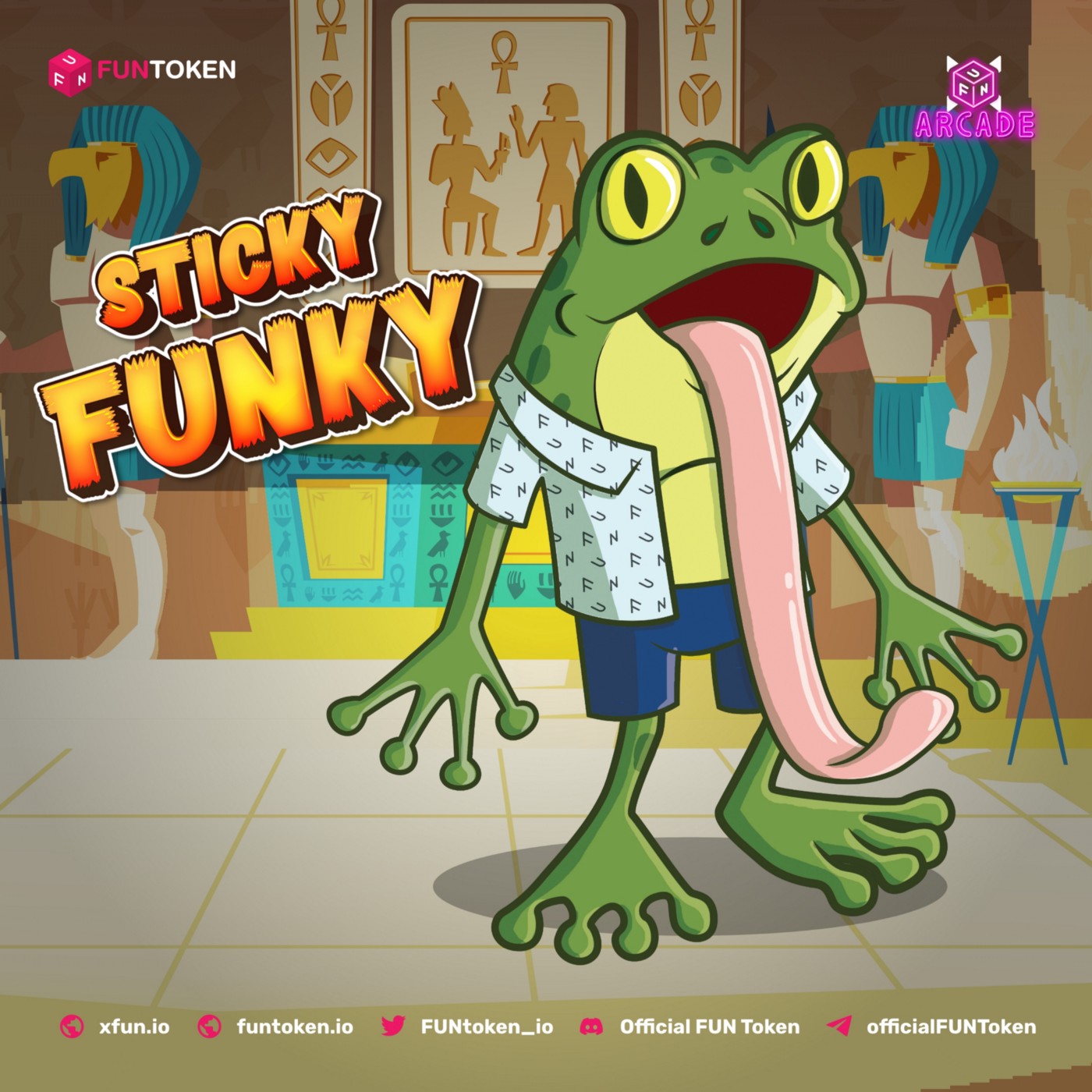 The point of the game is to stand your ground at your side of the river and make sure that the opponent won’t throw their hook at you and capture you. As FUNky the bullfrog, you are using your weapon: your sticky tongue, and you must capture them first.

The only problem is that you can’t move while your tongue is in the air. If you unleash it and miss, it will go all the way to the back fence, leaving a lot of time and space for the opponent to make its move. As you capture one of them, there will be more; they all come for you simultaneously. Be sure to move more than you shoot and wait for the right moment when they are not mobile. Be clinical, and achieve the highest combo!

You’re on a mission to get to the end of this course and escape everyone chasing you. The grounds are shaky, though, so be careful. 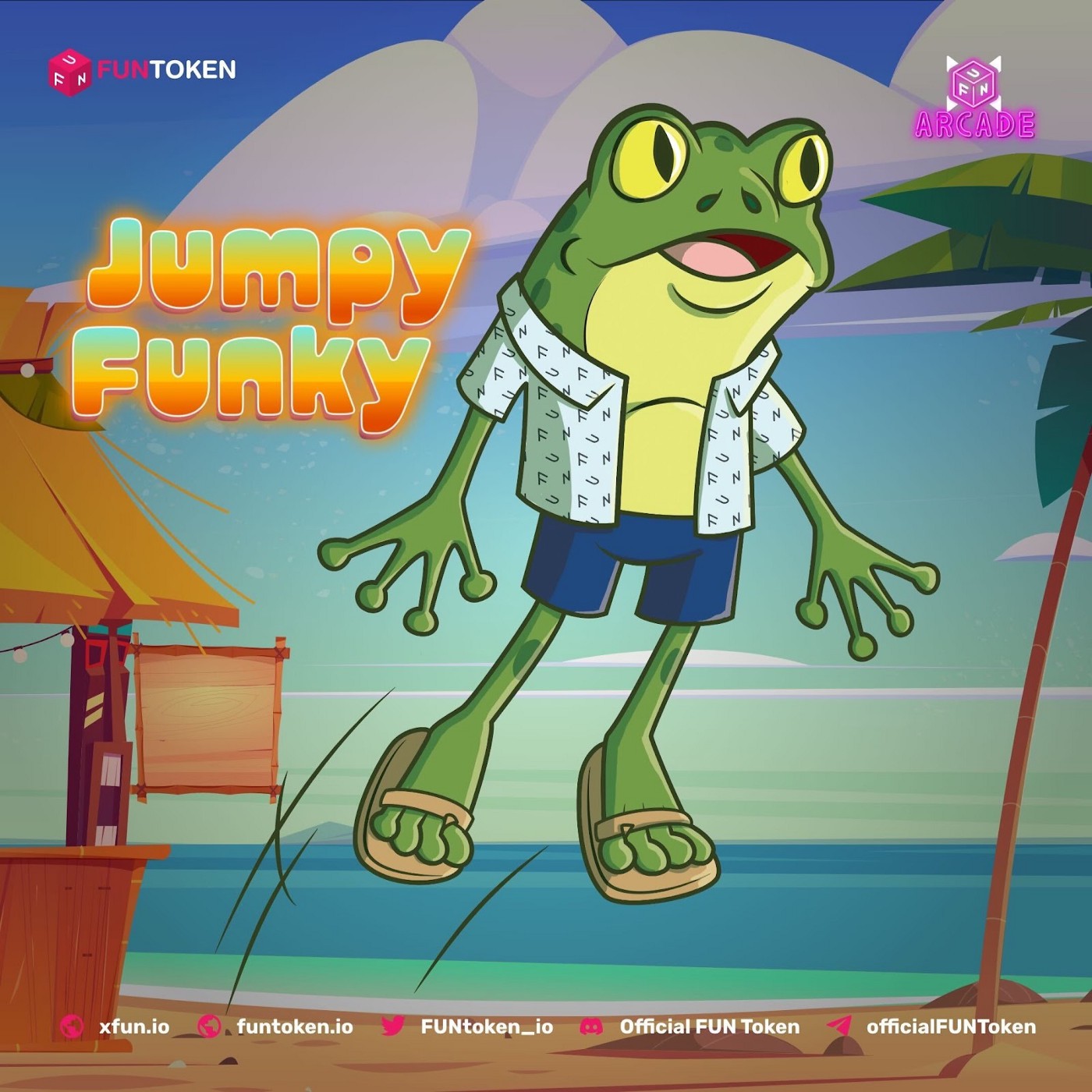 Help FUNky get to the end of this course without falling into holes. Beware the moving grounds as the track is not flat and the heights are not the same. You’ll get bonus points if you manage to jump right off the cliff. Do this not only for the bonus points but for making longer jumps too.

Run as long as possible and jump as much as possible to win more points and get on the scoreboard as the champion. The catch to running longer is to predict how soon you need to jump in particular situations. When the screen is tilted, you’ll want to jump at the right moment so you don’t end up in the abyss.

How are XFUN Arcade games played?

All four XFUN Arcade branded games have the same features and earning potential. You have the same game modes to choose from to either: challenge yourself, another gamer, or the entire community!

Before loading the game, you can challenge yourself to reach a set target, duel a friend, or wage war against others on the platform. If you win, you get rewards, and if you win a bet three times in a row, you’re getting 20% more payouts for all games.

In some games, you can collect coins, artifacts, and other stuff that increases your score. Also, the longer you stay alive, the higher your score will be, and you’ll be able to see your name on the leaderboard.

The XFUN Arcade is constantly growing. With the XFUN Token in the background and the branded games, the platform will get instant traction among crypto-savvy fans and iGamers across the globe. We’re happy that we’re not just developing and publishing an exciting gaming platform but growing an iGaming community of fans who recognize our passion for gaming and investing.